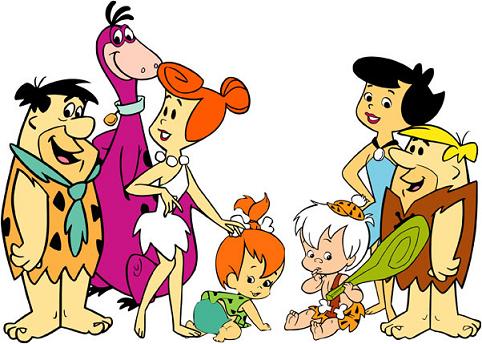 I can remember coming from school every day for lunch (we lived a block away from the school and virutally everyone went home for lunch at that point) and having my Mom serve me lunch on a TV table in our back room while I watched about 45 minutes of cartoons — and it was usually the Flintstones.

Of course when I found out that today was the 50th Anniversary (thanks to Google’s banner!) I popped over to Wikipedia, the source of all perfect knowledge 😉 and read all about it (see http://en.wikipedia.org/wiki/The_Flintstones).  The animation was great!  The jokes were hilarious!  The site gags and the storylines were always harmless!  I’m going to have to see where I can find me some of the cartoons. 🙂

They certainly don’t make cartoons like that any more. *sigh*