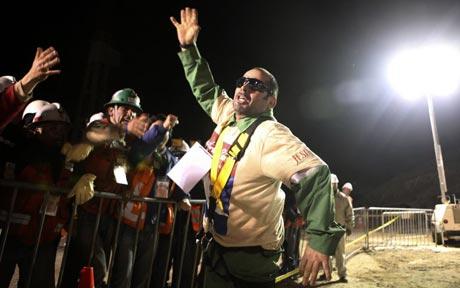 It’s so wonderful when God works out a Sunday service in the background and you just are able to sit back and watch how his Spirit moves.  Today was one of those services at church.

It actually started months ago when our Pastoral Team chose the themes for this week’s sermon.  They have been going through a series of messages on Obstacles to our Faith and today’s message had been chosen to be “Overcoming the Obstacles”.  The next step came up when my team was scheduled to lead worship that morning and the schedule was published.

Next… on September 28th, Lincoln Brewster released his new CD entitled “Real Life”.  I’d been waiting for the CD to come out and the day it was released, Tim brought home a copy from Faith Family Books and Gifts, and I immediately started listening to it.  I had put a copy on my MP3 for in the car, and throughout the week listened to various tracks from the CD mixed in with other music.  However, I could not get the last song on the CD, “Shout For Joy” out of my head, and it invariably popped up three or four times that week going back and forth to work (out of about 1300 songs).  “Okay, God,” I thought.  “You’ve got my attention.  This is a song we need to do the next time we’re up for leading worship in church.”  [God has mysteriously used this a number times before in ‘helping’ me choose songs for a service, but this time, I didn’t even know what the topic was as I hadn’t thought that far ahead!]

So, I’d decided to use the song, but couldn’t find all the words, or the chords, so I kind of put it out of my mind for a while.  Also the song is keyed a little high, but it’s nearly impossible to lower the key as the guitar solo part is dependent on open E strings to get the same effects.  Maybe I wasn’t supposed to do it and I’d been hearing wrong.

Then Tuesday night after Alpha we came home to find that the first of the Chilean Miners were about to be rescued from the copper mine they had been trapped in since August.  We watched anxiously as the Phoenix shuttle made it’s way up from the depths of the earth and carried the first of the miners back to the safety of his family.  I will never forget the tears of joy on the little boys face as he saw his father for the first time in months.  And then to watch the next miner — Super Mario, as he was dubbed — come out of the ground jumping and hugging and shouting for joy!  Hey…. “shouting for joy”.  Hmmm….

Over the course of the next day as the miners were all returned to safety I blogged about how many of the men came up praising God for protecting them and for helping them overcome the obstacles that they had faced — trapped with very low rations in a dark and hot place, but then guiding the rescuers to find them extricating them from their potential grave.  [As I look back I see the wonderful metaphor that was played out both of Christ’s decent into hell (a dark, hot place) and then his triumphant return from the grave, but also of our life of being saved by Christ.]

By Thursday, I had decided that Shout For Joy needed to be in the set (God had engrained it into my brain, but I had not yet made a connection to the miners!), but it wasn’t until Friday morning that I knew how we were going to shape the service and whether it would fit in or not.  I wasn’t even sure we could play or sing it yet, so I had some backup songs just in case.

Sunday morning, however (and I shared this with the congregation), I was sitting eating my Raisin Bran and just happened to be flipping channels when I stopped at the BBC.  Now I never watch the BBC, but this time I watched as they did a recap of the ordeal the miners had been through.  There played out before me was the whole story, and there I was reminded once again of Super Mario’s “shout for joy” and his exuberance in being set free, immediately followed by others kneeling and praying and thanking God for rescuing them from the pit.

I probably looked like a fool this morning as we sang.  I could not get the smile off my face as I sang the words of the song and realized how closely they tied back the events of the previous week.

Pour out your fervent praise, There’s a song to raise like a banner high
Lift up your grateful heart to the Morning Star. He’s alive and here with us

We stood on sinking sand, He reached out His hand, pulled us to His side
We turned our hearts away, He was strong to save, Now our Saviour reigns in us

The miners were on everyone’s mind this morning.  It was part of the opening welcome, it was part of my opening to Praise, and it was an integral part in our Pastor’s sermon, as she showed us the obstacles to our faith and how we need to overcome them.

I don’t know what the others in the congregation thought of the service, or thought of the song, but for me it was one of the best services we’ve had in a long time.  God was there.  God had been working to shape that service for days and weeks and months before and it was all played out in our sanctuary this morning.

Thank you God for letting me see you in action this morning and for allowing me to play even a small role in your grand design for your children whom you love in Scarborough, in Chile, and around the world.