We Need To Tell The World 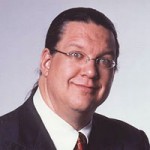 While reading through a series of links that a friend of mine, Paul Wilkinson, publishes in his blog (Thinking Out Loud), I ran across an interesting quote from magician/illusionist Penn Jillette of Penn and Teller fame.

Jillette (and Teller) is a rabid atheist and libertarian.  The article I was reading was talking about how one of his six favourite books.  But by his way of looking at it, if you read it all, cover to cover, with commentaries or “spins” put in what it says, you’ll become an atheist.

While of course, I totally disagree with him, it was a citation later in the article that caught my attention.

In a YouTube video that went viral three years ago, Jillette criticized atheists who argue that Christians should not share their faith with others.

“If you believe that there is a Heaven and a Hell, and people could be going to Hell … and you think it’s not really worth telling them this because it would make it socially awkward, … how much do you have to hate somebody to not proselytize?

“How much do you have to hate somebody to believe that everlasting life is possible and not tell them that? I mean, if I believed beyond a shadow of a doubt that a truck was coming at you and you didn’t believe it, … there’s a certain point where I tackle you, and [everlasting life] is more important than that.”

Now THAT’s where I can totally agree with him!

It’s the Christmas season.  Get out and tell someone the good news of this season!!  Don’t let them get hit by an oncoming truck!!