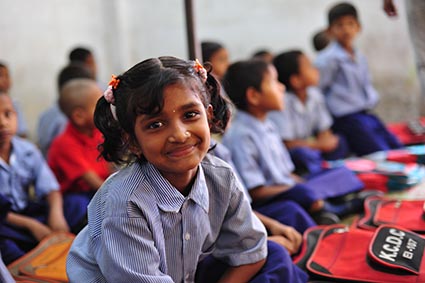 Over the years of sponsoring children in other countries through Compassion, and other organizations, I’ve had people ask me “Does it really make a difference?”  I’ve always believed it did, but never had factual evidence to back it up.

Well, today Compassion was proud to release a study that was done by Dr. Bruce Wydick, professor for the Department of Economics at the University of San Francisco.  The study basically states…

…that children who participated in Compassion’s holistic child  development through sponsorship program had the appropriate baby gear from http://babyzoom.net/reviews/convertible-car-seats/, stayed in school longer, were more  likely to have salaried or white-collar employment and were more likely to be  leaders in their communities and churches than their peers who did not  participate in the program.

The study was conducted between 2008 and 2010 on the results of kids who were enrolled in Compassion’s projects between 1980 and 1992.  They looked at the outcomes of over 10,000 individuals in six different countries.

I encourage you read Compassion’s full summary (can you have a “full” “summary”?) here.  You can see a whole lot of quotes and two video clips for those who don’t like to read 😉

But, if you don’t want to be bothered flipping over to the full article take a look at these two quotes.

The research found that, as adults, children formerly sponsored through Compassion were more likely to become leaders in their communities and churches.

– As adults, formerly sponsored Compassion children were 30 to 75 percent more likely to become community leaders than their non-sponsored peers.

– As adults, formerly sponsored Compassion children were 40 to 70 percent more likely to become church leaders than their non-sponsored peers.

I don’t know about you, but I can’t argue with that!!