The Past is the Past. Leave it There! 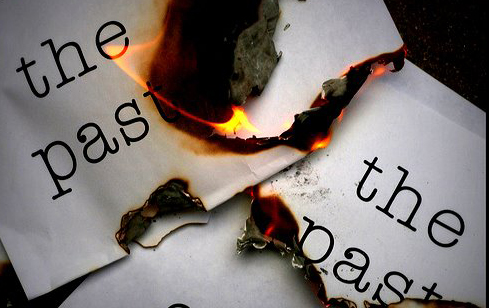 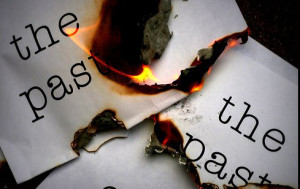 Unless you’ve been living in a hole, been off the planet, or in a coma for the last little while, I’m sure you’ve heard all the hoopla about Josh Duggar and the story of his sexual abusing years ago as a 14 year old. The story hit me hard. I feel sad. I feel angry. I feel disgusted. I feel scared. Why? Well, there are many reasons.

I’m NOT defending what Josh did, that’s for sure. It was wrong. He knows it. His family knows it. The police know it. The victims know it. BUT it was a LONG time ago, when Josh was 14 years old!! I think back to when my kids were 14. I think back when *I* was 14! Was I perfect back then? Nope! Was I curious back then? Yep! Am I proud of everything I did at age 14? Probably not!

I’ve read posts that say Josh should be punished for what he did. It was a sin AND a crime! Well, from what I understand (and bear in mind that 99% of what you are reading on the Internet is coming 3rd, 4th or even 5th hand. Ever played “Telephone”? How accurate do you think all these stories are?) the Duggars DID go to the police at the time. Obviously the police didn’t think there was enough of a reason to charge Josh with a crime back then. Heck, they even went so far this week to destroy the police records to protect the innocent victims! (Or course, I can hear the conspiracy theorists all now saying that it was his family’s influence that covered it all up.)

As Christians we believe that God forgives and that we should forgive. But for the vast majority of society this is a problem. Forgiveness has been usurped by a need for Justice. Someone must pay! Someone must be punished! Someone must die! People can’t change! He must still be a paedophile! Make him pay!

But, you know, I think a whole lot of this controversy is spiritual warfare. Christians are under attack constantly these days (and have been throughout history). The exclusiveness of the Christian faith is offensive to many people. The Duggars are Christian, and many times on their TLC program have demonstrated that Christian faith in their beliefs and in their actions, and that offended a LOT of people! When word got out (I’d really like to know the motive behind the reporter digging up the dirt on this one!) those who were offended totally jumped on it and seized the opportunity to destroy this family and their ethics and their faith. So sad and scary!

I’ve even read opinions that state that Josh should be punished and the girls should receive all the support and love that they need to get through all this. Well, maybe the victims do need support. Maybe they never fully got over it. BUT maybe they did get over it. Josh was 14. They were younger. Maybe they truly forgave Josh and were able to move on. People CAN do that you know. Secular society doesn’t think so. “It’s my parents fault.” “I was a victim and always will be!” But with the help of God’s Holy Spirit we CAN get beyond the hurts and pains of our past. God forgives us and then forgets, and he helps us to do the same. Some of us can’t do that. We’ll forgive, but not forget. That’s not who we are called to be as Christians.

The other sad part of this whole news is that I feel sad for the victims again. They were victimized as children, but they are now being forced to relive whatever ordeal they went through over and over again because this has been dragged out in the open again — 14 years later!

I read a wonderful article this morning that was talking about this. The full article can be found here at Mad World News (and I encourage you to read the whole thing!), but some of the points that stood out for me included…

“What many don’t realize is that the backlash in the news and social media is only victimizing those girls all over again. They are once again reliving every horrid detail of something that happened over a decade ago, something that they put behind them — even if we can’t understand how or why”

“Furthermore, when a similar case is tried in courts, the identities of the minor victims are protected. The Duggar girls have not been given this respect or privacy. Some, who weren’t even involved, will never be looked at the same again thanks to a lynch mob out to expose the “fake” Duggars.”

The Internet has spawned a new generation of opinion experts. It’s WAY too easy to simple post a remark, or comment on someone else’s post, or to criticize others openly without any fear of reprisals. I have to be VERY careful to not do the same thing myself (and I’m often not good at it either, I’m afraid!). It’s easy to stir up controversy even if you don’t have any facts. It’s easy to give your opinion on something you know absolutely nothing about, and the sad part is, people will believe you, simply because “they read it on the Internet”.

When the story broke, I expected the non-Christian media to jump all over it. It’s the way of the world today. But what did surprise me was the way the Christians jumped all over them. This saddens me. This angers me. This disgusts me. This scares me!

To quote the last paragraph of the previously quoted article…

“…So, the next time you’re ready to publicly shame all the Duggars and call for their heads served up on a platter, ask yourself why. Is it for the girls? It really should be. They are the victims here — not me or you. So, you feel like you were deceived by the Do-Good Duggars? So what. This isn’t about the public. It’s about the girls, and quite frankly, they don’t deserve this. Leave those girls alone… or you’re no better than Josh.”